Tammy Davis submitted this narrative on John H. Clement- she has contributed a large majority of material on this website!

This is really a treasure!

John H. Clement, an important factor in the affairs of Madison Township, Grant County, was born in Northwestern Georgia, December 12, 1845.  He is the son of James W. Clement, a native of South Carolina, and his wife, Clarenda Clement (nee Trammel), of Georgia birth.  The former died in Grant County, Arkansas., in 1878, in his fifty-fifth year.  His wife is living with her children in Grant County.  In 1855, James Clement and his wife moved to Mississippi, where they remained four years, removing thence to Arkansas in 1859, and locating in this neighborhood on a farm.  During the war, he was in the Confederate service for 12 months, taking part in no engagement, however.  Himself and wife were members of the Methodist Episcopal Church, South, for many years.  He was a Mason and a Granger, and in politics voted the Republican ticket.

His career as a farmer was a very successful one. By his marriage he became the father of twelve children, of whom John H. was the eldest. Six of the children are now living, all in Grant County except Joseph A., who is in the wagon yard business in Pine Bluff, this state. The principal in this sketch, John H., received his education in the country schools of Georgia, Mississippi and Arkansas. In the last days of the war he enlisted in the Federal Infantry, Company H, 16th Iowa Regiment, and after the war remained with his father until 1867, where he commenced to farm for himself, engaging in that occupation ever since. Upon beginning, he was very limited in his resources, but today owns 390 acres of find land as Grant County contains.

His prosperity is the legitimate outcome of his untiring energy and able management. On September 5, 1867, he was married to Catharine Wafford, daughter of James L. Wafford, of Grant County. She was born in this neighborhood, March 22, 1848. The result of this union was the birth of eleven children: Clarinda D (wife of James Trammel, mail contractor of Montgomery County, this state), James L., and Mary E. (at home), Marth F. (deceased in infancy, Susie M. (at home), Noah J., Sarah L., Willie, Johnnie, Charles, Georgia (deceased in her fourth year). Mr. Clement is a member of the Methodist Episcopal Church, South, while his wife is a Baptist. He is a member of the Masonic order, and a Republican in politics. No enterprise having as an ultimatum the welfare of the county, fails in finding the endorsement of Mr. Clement. He is always on the side of good government and advancement in public affairs.

The Clement Family Reunion this year had a great sermon, wonderful food, and enjoyable company as always.  The cemetery looked beautifully decorated!  New members were elected to the committee and history was discussed.

Did you know that the reunion has been meeting since 1950?

Did you know that the oldest grave in the cemetery is Susanah Clement Kite?

Did you know that the original cemetery was flooded so they began burying at this location? 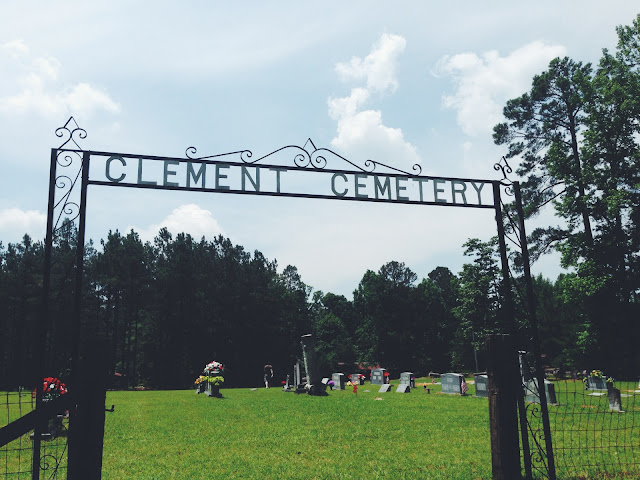 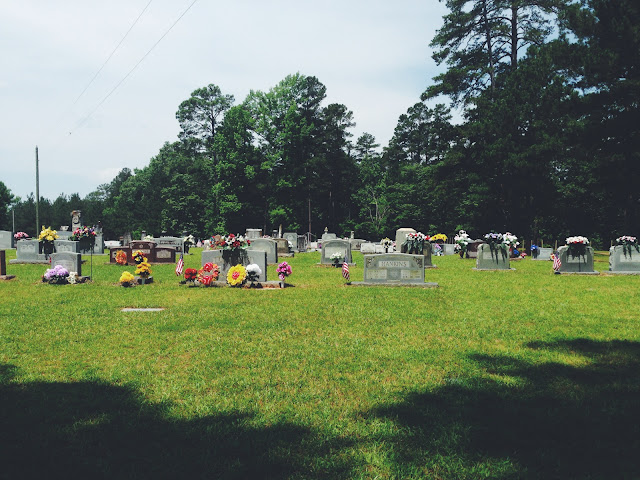 If you have more facts about the reunion or the cemetery, send them in or comment away and I will post them on the blog!
Photo was submitted by Paula Holleman.
Rosa is the daughter of Sussana Clement and Josephus Smith.

Joe and Jesse May Clement

Joe and Jesse May Clement

This was submitted by Betty Hartwick through Susan Long.

This was submitted on ancestry.com by Lucy Gunthorpe.

This photo was found by Susan Long on ancestry.com and submitted by username: Acoontz14.

This photo was found on ancestry.com and submitted by username: bettybledsoe158

AJ is my grandpa and he was born at Robert Fike’s Place (a sawmill camp).  Even though he was the tallest of his sibling group, he was nicknamed “Short” because he was small enough as a baby that he could fit into his Grandpa’s size 7 shoe box.

Aron James Clement was actually born Aaron Jake Clement, though.  He had trouble receiving pay while in the army because they kept making the roll entry out to Aron James Clement.  He changed his name to match the army payroll and used that name from then on.  Later in life, he used the initials”AJ.”

Grandpa was called to San Diego for training for WW2.  Most of the men who had been called there ended up having to go to Japan, but Grandpa’s number was one of the few that was not called.  Instead, his journey included a military tour in Europe, as a Military Police.  He started in England (where he was stabbed by a fellow American who was trying to evade service), crossed the Seine river with Patton, and fought at Normandy as a Military Policeman.

Hubert, with spouse, Ruth Clement.  This was the last photo prior to his passing.

A picture of Herbert Clement, after he came back from India, in World War 2.